Heidi O’Ferrall or Atelier Heidi (Alias) is an Award winning American Cosplayer, Costume Designer, Photographer, Youtuber and Model (works occasionally). Apart from being in the talks regarding her divorce with famous gamer and youtuber ProJared, she is also quite famous for the cosplay characters she portrays.

She was born in Texas, Dallas on 1st April 1988 and belongs to a white Caucasian ethnicity. Heidi completed her Graduation from the University of Texas at Arlington in 2015 with the Bachelor’s degree of Fine Arts in Theatrical Technology and Design. She is a social media star with thousands of followers and subscribers among various social media channels. Along with being a famous Youtuber and award winning Cosplayer, Leather Working, Sewing, Makeup and Foam fabrication are her main expertise. She currently resides in Los Angeles. After being in a relationship for 2 years, In June 2015, She got married to a professional gamer and Youtuber Jared Knabenbauer AKA ProJared. But both of them filed for divorce in 2019 after she accused him of cheating with Holly Conrad.

She is quite famous for her cosplays on social media which has brought a lot of fans for her across various social media channels.

She alaso has an IMDB page: Heidi O’Ferrall IMDB

In total she has over 125k Followers and Subscribers collectively. 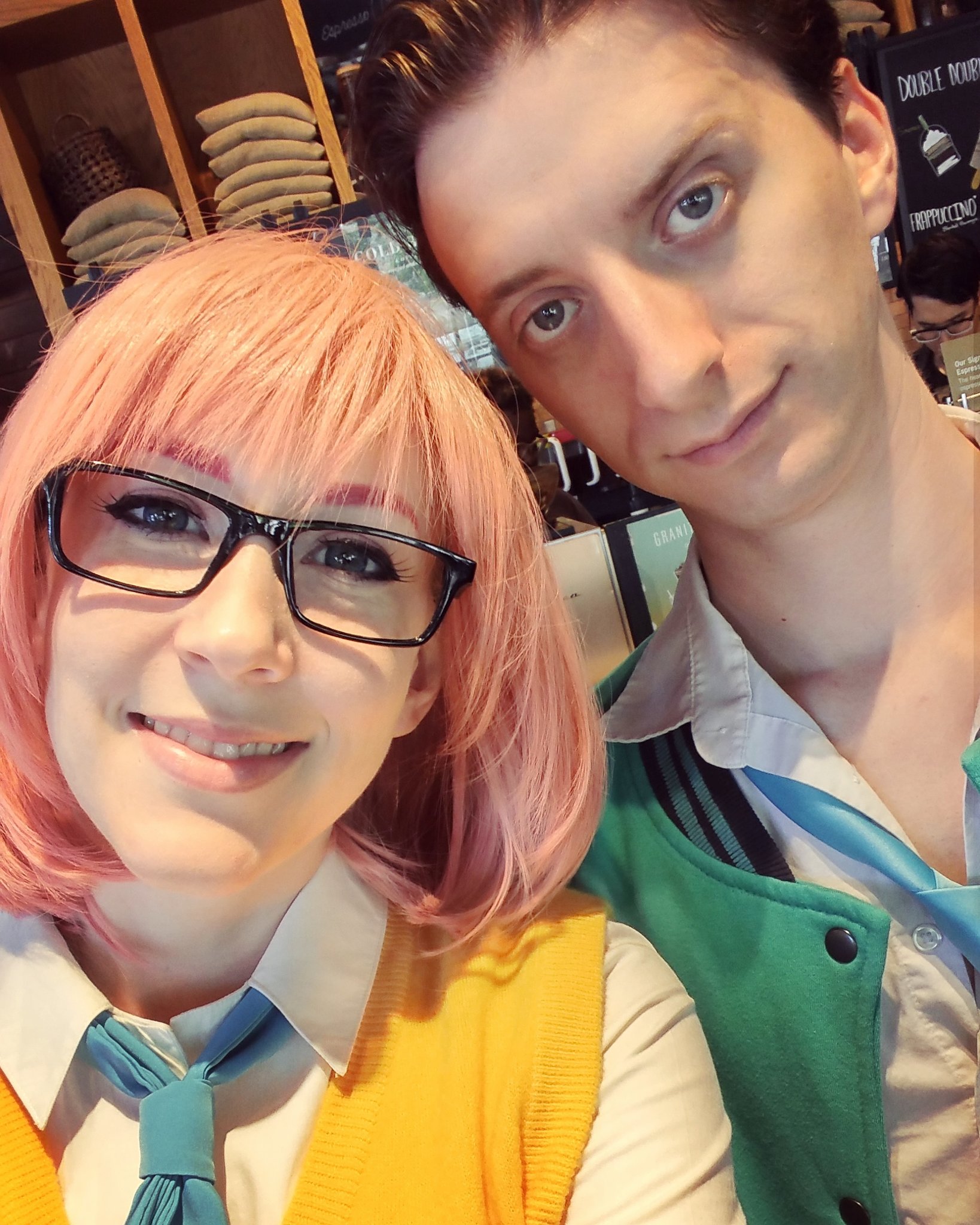 Her Career began as an Intern for God Save the Queen Fashions in 2014. After that she worked for the art department of the short film named: Solstice. She also appeared in one of the episodes of The Game Chasers. She also appeared with Jared in Asagao Academy Series and took the role of Hana who makes all the decisions of the game. After the great start to her career, she now manages multiple businesses from Cosplaying, making youtube videos to running an organic clothing line. In 2017, floods destroyed her whole studio due to which she had to take a break from work for a year. But she is back again with a bang.

Cosplays: Being a costume designer, she is expert in making the costumes of famous characters and cosplaying them. Complex yet accurate cosplays of the characters made her a talking point among her fans.

Youtube: On this world’s largest video sharing platform, she shares her vlogs of costume designing for her cosplays, her drawing videos. But the videos mainly contain her vlogs.

Atelierheidi.com: This is her personal website where she showcases her designing and photography portfolio. She also provides tutorials of designing costumes on her website. Multiple Income Streams compile up to a great Net Worth. With various sources of incomes, mainly from cosplaying, youtube and her clothing line selling around 100 prints per week; our researchers at Asian Research estimate that her net worth is around $350k.

What happened between ProJared and Heidi Exactly?

So, everything began when Heidi accused him of cheating her with Holly Conrad in a series of tweets. ProJared responded by a tweet about their divorce saying that despite making all the efforts to work this marriage, they are filing for divorce. She alleged that she had proof of photographs and screenshots of her husband’s chats with Holly. Heidi accused him of lying to her about the affair while promising Holly to leave her. ProJared told his fans to not believe in any rumours and gossip, and observe the divroce proceedings carefully to judge by themselves. He also told them that even though the news was shocking for his fans, the decision was taken for their happiness. Responding to that heidi tweeted that ProJared told his friends the version of the story in which portrayed her as an aggressive and unreasonable person to live with.

Whatever may have happened, who ever may be the bad person; we are not here to judge.

This was all we could gather for you to know about Heidi O’Ferrall. Let us know what you think!

By admin
5 Mins read
Who is Olivia Pacino? Olivia Pacino is the love child of one of the greatest actors Alfredo James Pacino (or popularly known…