Christopher Bang or popularly known as Bang Chan who recently caught the eye of Deadpool Star Ryan Reynolds when his band performed at the Mnet’s Kpop Competition series Kingdom: Legendary War. Cool, right? Let us dive deep into his biography and know more about him.

Bang Chan is a professional singer, songwriter, Rapper, Producer, Composer and creator/leader of the boy band named: Stray Kids. He is so dedicated to this group that he also made the logo of the group by himself. He is also a part of the Hip Hop Unit 3RACHA with Changbin and Jisung. In 3RACHA, his stage name is CB97, an abbreviation of his name and birth: Bang Chan in 1997. He has trained for around seven years to be a singer and rapper.

Along with having a charming face with Dimples and wavy hairs, which could make anyone in awe of him, he is also very talented in Music and other areas. Chan has many talents like he can speak 3-4 languages like English, Korean, Japanese and Chinese, rotate his head upto 360 degrees, and is a trained Ballet Dancer. 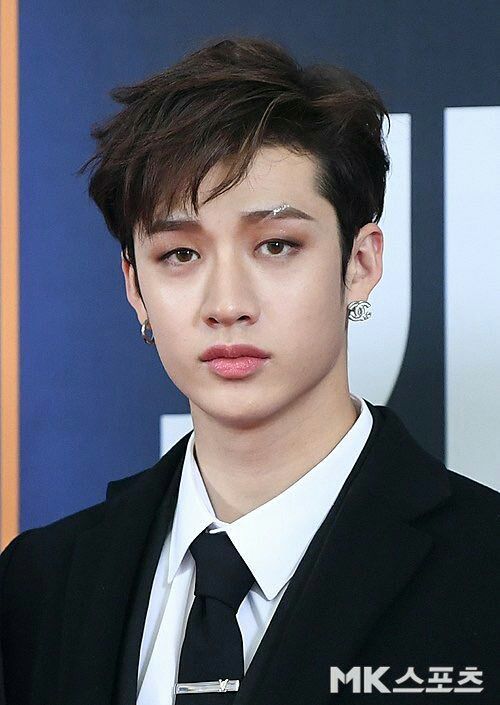 Bang Chan was born in South Korea. He has a sister named Hannah and a brother named Lucas. He used to go to Cheongdam High School before he moved to Australia. He was senior to his now lead vocalist, Seungmin. He moved to Sydney, Australia, when he was a kid. His Dad owns Swimming Club, so he used to swim regularly there. When he was just eight years old, he broke his school’s swim carnival record for 50m freestyle swim.

He wanted to become a singer since he was a kid because he liked seeing the happy environment for the people around him when he sang.

He moved to Strathfield, then Drummoyne, then Enfield, then Belmore and then Greencare in Australia. But before leaving Sydney, he went to Newtown High School of Performing Arts.

He lived in a Dorm room for six years and six months in his struggling days where his band members Lee Know, Hyunjin and Changbin used to live together. He has many friends like Woojin, GOT7, BamBam, Yugyeom, Jackson, Twice Sana, Day6’s Young K and Jimin from 15&. All of them are or were pretty close to him.

He started singing at a very early age and started giving auditions at very places. But his professional career skyrocketed when he joined JYP Entertainment in 2010. Then he performed in the 2011 trainee show with TWICE’s Chaeyoung and GOT7’s BamBam. After that, he starred in TWICE’s “Like Ohh Ahh” music video as a zombie and Miss A’s “Only You” Music Video.

Chan is the busiest member of his band’ Stray Kids’. He works on Editing and Choreography. The band’s Youtube channel has over 6 million Subscribers, and their most popular video is 神메뉴 which has over 240 million views. His other popular releases are “Back Door” All In” and “아니 (Any)”. He has also featured in Changbin’s video “Streetlight” and I.N.’s video “Maknae On Top (막내온탑).”

How did Bang Chan and Ryan Reynolds become friends?

All things began on May 20, when Stray Kids performed a mashup of their song: God’s Menu and Blackpink’s DDU-DU-DDU-DU on Mnet’s K-Pop Competition Kingdom: Legendary War. The central theme of the performance was Deadpool, where Felix wore a Deadpool cosplay and began the performance with the remark “Oh, Hello”. The video surfaced on youtube and got 15 million views.

But the main fun began when Ryan Reynold got noticed about the video and some vigilant tweets. Which he then took Twitter and tweeted just a simple “Oh hello @straykids”. Stray Kids fans got crazy knowing this, and they shared the news with the band itself. Knowing this, Bang Chan couldn’t stop smiling on his personal bubble. Sharing in an interview later (as translated from the Korean language), he said that he has been a big fan of him for many years and has seen all his movies.

Since then, the interactions and friendship went on, and they have been communicating online many times since then. Ryan sent him Gin and tweeted. The tweet went on to become an interesting thread which also involved Hugh Jackman. Have a look

I also have two things.

First, an autograph for you? Already on its way. Along with some other goodies that might suit the Red Suit.

No worries, bang chan! I just worry for @Stray_Kids now that @VancityReynolds is a fan. He can be a lot. Gotta watch out for my fellows Aussies! Hi Felix!

Haha thanks for the heads up! We’ll keep an eye on him 😂 Luckily all our members are just like him so we reckon we’ll be able to handle him 😉
– Bang Chan & Felix

Ryan also credited Bang Chan for his song writing skills when he wrote the hilariously lyrics for a new commercial of his venture. The fans considered it as  “Summer Song of 2021” to which he tweeted: “I learned everything I know from Bang Chan. @Stray_Kids”

Along with Ryan Reynolds and Hugh Jackman, the twitter handles of his company Maximum Effort and the Deadpool Movie also got involved.

Let’s get him a real mask.

Knowing all this, we can surely expect and literally hope for a collaboration of the two.

This was all there is about the K.Pop sensation Bang Chan. We hope to have to covered all the information, though if you think we may have missed something. Feel free to comment below.

Sabrina Lynn - One Of The Most Popular Instagram Models

By admin
4 Mins read
Sabrina Lynn is one of the top independent beauty models born on February 13, 1998, in the United States. She has over …
Celebrities

Son of Billionaire Bill Gates, Rory John Gates has lived his life like a common man!

By admin
3 Mins read
Rory John Gates, the only son of Bill Gates was born with a golden spoon. Despite being the son of the richest…